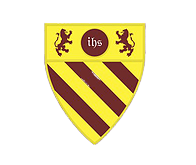 Manchester Gregorians Football club has two teams playing in the Manchester Football Premier and Division 3 league. We also have a Vets Team playing in Division 1 of the Cheshire League. The Club was formed, in 1959, by former pupils of St Gregory’s RC High School, Ardwick Green, which was located less than a mile from Manchester city centre.

The Club strives to be competitive at the highest level of amateur football in Manchester and the North West. Players are selected on ability and commitment.

Home matches are played on the 4th Generation surface pitch at Belle Vue. Training takes place throughout the season on Tuesday and Thursday evening from 20.00. The sessions are planned and run by the football management team that includes several UEFA B Licence / FA Level 3 coaches.

Feeling up for it?

We are always looking for talented players to improve our squad. Think you have what it takes to be a Gregorian? Sign up now!